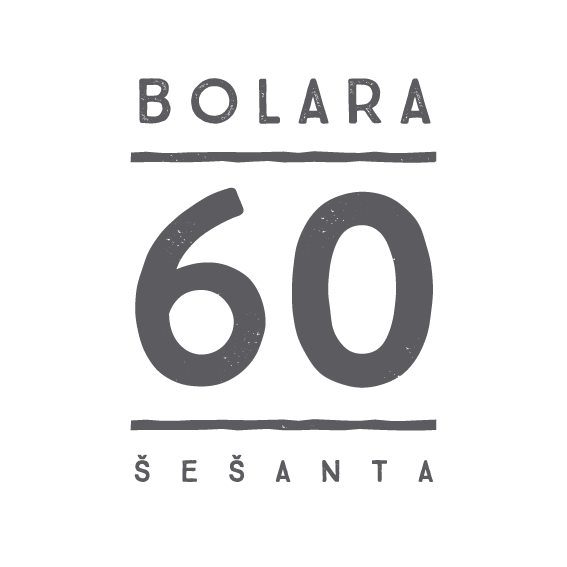 While the serene surroundings of Bolara Šešanta are the perfect place to relax, unwind, and idle the hours away learning a new cookery skill, and enjoying great food, we are perfectly located for anyone looking to explore a little further afield in Istria.

We are a short drive from a wealth of amazing sights, attractions and experiences – scroll down for our suggestions.

There are amazing things to do all year round at Bolara 60 and around Istria – take a look at our gallery.

Attractions within two hours of Bolara 60

This captivating medieval hilltop town, just a short drive from Bolara 60, is a lovely place to while away a leisurely afternoon exploring the beautiful architecture and cobbled streets and enjoying the stunning views from the city walls. There is a lively independent film festival every summer.

Enjoy some of the best views in Istria from this delightful hill-top town, complete with antiques shops, cafes and a couple of good restaurants.

If you have children, or want to indulge your inner child, then a day out at Istralandia Aquapark is perfect. Slides, hydromassage pools, and a fantastic kids adventure area to keep them and you entertained. Get there early!

Take a refreshing swim followed swiftly by a Campari spritz as the sun sets over the sea. Pretty Novigrad also has an excellent farmers market and fishmonger selling the local fishermen's daily catch.

Take a guided tour through this treasure trove of stalactites and stalagmites, which have formed amazing subterranean sculptures - a monument of nature.

Situated up near the border with Slovenia, medieval Buzet is known as ‘the city of truffles’ and plays host to a truffle festival each autumn in honor of this local delicacy.

A tiny church in the forest houses the most remarkable late Gothic frescos, including the spooky skeletons in the 'Dance of the Dead'. Beram is worth a visit too and has a lovely restaurant.

Hum lays claim to the title ‘the smallest city in the world’ and is worth a visit to sample the popular biska, a brandy spiced with mistletoe, or for the grappa festival that takes place in October.

Head to Pazin in central Istria for an exhilarating zipline experience across its impressive canyon – even little adventurers can take part by riding in tandem with an instructor. Pazin also has an excellent ethnographic museum, and as the former seat of Austro-Hungarian power has a very different feel to the Venetian coast.

Another gorgeous ancient hilltop town, with an abundance of little squares, stunning views across the hills to mount Učka, several nearby walks and a popular annual wine festival.

The 10km Lim estuary, popularly called a fjord since The Vikings (1958) was filmed here, is one of the most beautiful natural resources of the Istrian peninsula, and well known for its oysters and mussels which you can try at Viking restaurant. Good walks nearby too.

Picturesque Piran is a gem perched on the tip of a peninsula along the gorgeous Slovenian coastline in between Italy and Croatia. Winding alleyways, Venetian architecture and spectacular sunsets. A picture postcard from any angle.

Drive south to take in the gorgeous Venetian peninsula that is Rovinj, bustling with tourists, art shops and restaurants. Pack a picnic, hire bikes and take a ride along the beautiful coastal paths - beaches are close by. Or swim direct from the old town's rocky edge, then relax in one of the trendy sunset spots.

The star of the show in this 3000-year old coastal city at the southern tip of Istria is the remarkably well-preserved Roman amphitheatre which dominates the heart of the city.

This enchanting Italian city has a fascinating history, being variously owned or occupied by the Romans, Habsburgs, Mussolini’s regime, Germans and Allied Forces, before finally returning to Italian rule in 1954. The upshot is a fantastic wealth of architecture.

On the other side of mount Učka lies the elegant Opatija Riviera, once the genteel resort of the AustroHungarian elite and now worth a visit to admire the grand belle-époche villas and swim in the protected bays.

This 1400m limestone massif is a protected nature park and offers a strenuous hike to the top rewarded by unparalleled views across all of Istria and the string of islands at the top of the crinkly Dalmatian coast.

A wild and rocky outcrop at the tip of the Istrian peninsula, full of rocky coves, walking tracks and clear turquoise water to jump into. Go in spring to beat the crowds and admire the wild flowers.

The elegant capital city of neighbouring Slovenia, Ljubljana is a beautiful, vibrant and surprisingly small and leafy city. Visit the spectacular castle and amazing food market where you can buy foraged mushrooms and greens, homemade cheeses and much else besides.

South-east of Istria, Cres (pronounced “Tsress”) is an intoxicating island. Its forest-covered north is a wild and natural paradise, where you may even snatch a glimpse of the amazing griffon vultures that cruise the skies; the south has cute towns and great beaches.

Daytrips are available to Venice by catamaran from Poreč, giving you 5 hours to buy an ice cream and explore its canals and squares.

This utterly exquisite UNESCO World Heritage Site, is arguably the jewel in Croatia’s many-jeweled crown. Stroll the miles of footpaths running through stunning turquoise lakes interlinked by hundreds of breath-taking waterfalls. If you go in mid-summer, though, you won’t be alone.

Klavže 28 is a gorgeous guesthouse in the Slovenian Alps run by our good friends Ben and Steffan. If you love mountain air, turquoise rivers and warm hospitality this will be the place for you. Use as a base for white-water rafting, Lakes Bled and Bohinj, and Ljubljana.

Getting to Istria, and finding Bolara 60, is simple. Click for information on nearest airports and travel in the region.

The Istrian peninsula has long been a borderland. From the 13th century the peninsula was divided: coastal towns held by the Venetian Republic; the interior by the Austrian Habsburgs. The coast was characterised as wealthy-urban-Italian, the interior poor-rural-Slavic, with the exception of Pazin in central Istria, the multi-ethnic Habsburg seat. After a brief Napoleonic era in the early 19th century, Austria-Hungary gained the entire peninsula, only to lose it after World War I to Italy. Under Fascism, forced Italianisation worsened ethnic relations and the economy deteriorated.

After World War II, the peninsula fell to Tito’s Yugoslavia, minus Trieste (and, for nearly a decade, a part of the north-west corner of Istria, which was designated as the Free State of Trieste, rather than Italy or Yugoslavia. Bolara was just inside this part, so didn’t join Yugoslavia until 1954). The resulting mass exodus of some quarter million ethnic Italians combined with a policy to resettle Istria with South Slavs dramatically changed the demographic. Croatia and Slovenia broke away from Yugoslavia in 1991 and during the wars received refugees from Bosnia and Herzegovina. Today most of Istria falls in Croatia with a smaller part to the north in Slovenia.

Istria is linguistically very diverse – partly because bits of it are in Croatia, Slovenia and Italy. But even the Croatian part is officially bilingual: while most people speak Croatian, many actually speak Italian, due to the area’s centuries-long connections with Italy and Venice. In fact, our nearest town, Grožnjan (or to give it its Italian name, Grisignana), still has the highest proportion of native Italian speakers in Istria.

It gets more complicated, though, because what people actually speak is neither standard Croatian nor standard Italian. That’s why our house number 60 is ‘šešanta’ around here, rather than the Croatian ‘šezdeset’ or Italian ‘sessanta’. Most Istrian “Croatian” speakers use a kind of dialect called ‘chakavian’ (čakavski) because of the word people use for ‘what?’ – in standard Croatian you say ‘što?’ but here it’s ‘ča?’. It’s quite different from standard Croatian, which is actually more similar to standard Serbian and Bosnian than it is to čakavski. Then, most Istrian “Italian” speakers actually speak a Venetian dialect called Istro-Veneto, which has its own distinct vocabulary, grammar and spelling – and even its own festival every year! Our neighbours are Istro-Veneto speakers, so we’re learning fast …

To complicate matters further, this all changes from town to town and even from village to village. Up the road in Buzet, they speak a much more Slovenian-influenced dialect (‘kaj??’).

So you’ll see a lot of Italian influence in the language, but with a Croatian slant, and if you know some Italian it’ll get you a long way. You’ll be eating plenty of gnocchi and prosciutto, but you’ll call them ‘njoki’ and ‘pršut’. And if you eat them with a fork from a plate, a standard Croatian will tell you you’re using a ‘vilica’ and ‘tanjur’, but Istrians know it’s a ‘pirun’ and a ‘pijat’.

Fear not, though: if you are not equipped with Croatian or Italian in your language repertoire, you can get by fine with English almost everywhere, though efforts in the local language(s) will always be very well received.